I was successfully able to RNG for my Trainer and Secret ID in Soul Silver yesterday. The delay was something over 21000, so it took about 6-7 minutes every attempt.
I figured I would post a picture of my collection of Pokemon games here: 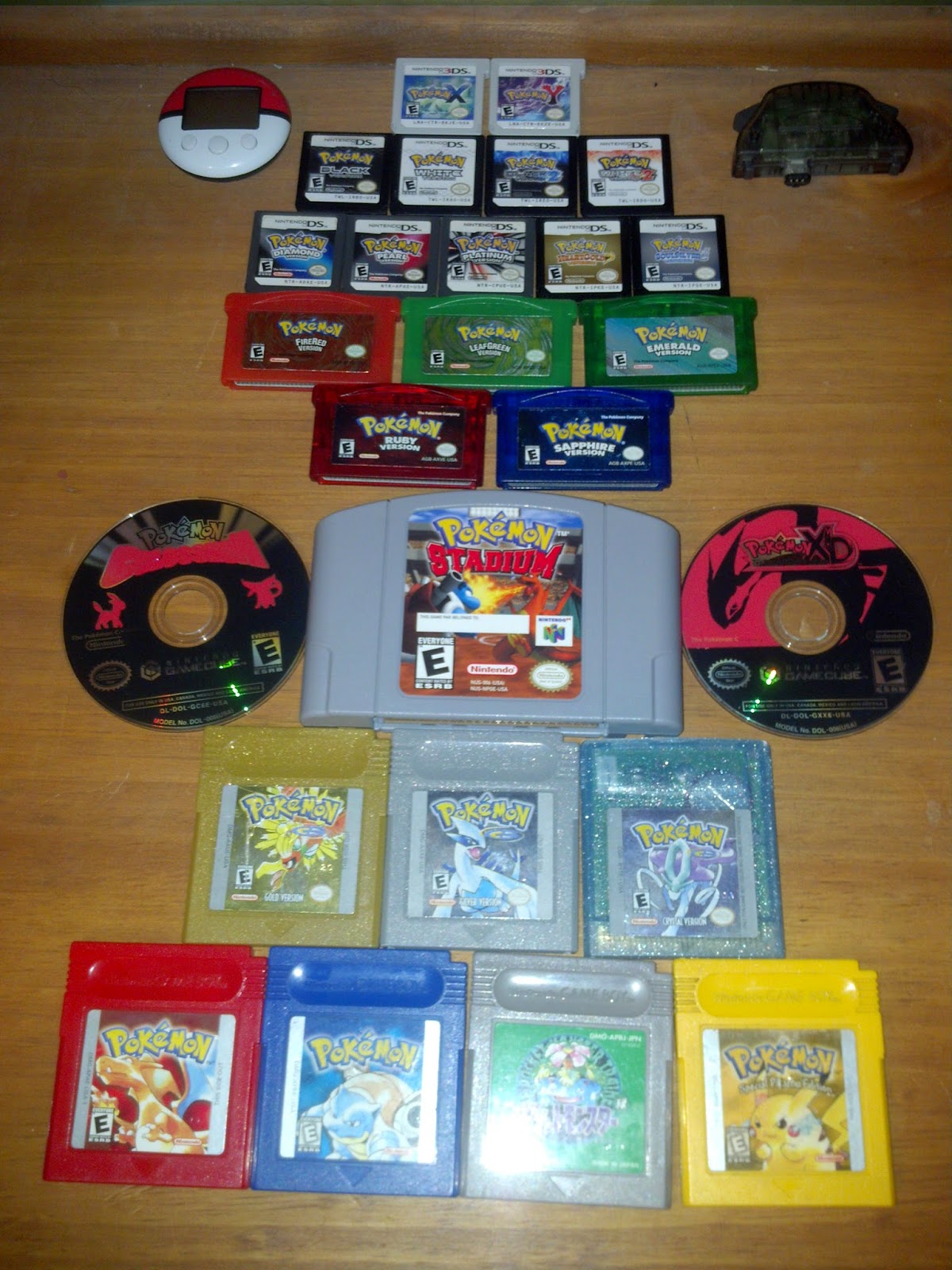 I started collecting them a few years ago, so there have been a few that I have owned previous, but had to buy again. I'm basically trying to get the main series games on release date, and the side games are kind of half and half for me. Even though it's not pictured, I have Pokemon Mystery Dungeon: Red Rescue Team, and Explorers of Darkness. I also have Trozei, and Battle Trozei.
I play the game in a competitive way normally, but I've been on a hiatus I suppose. I'll probably get back into that sometime soon.
As you have probably figured out from my avatar, My favorite Pokemon is Stantler. I drew the avatar in paint, and it's supposed to look crude like that. My favorite generation of Pokemon is 4th generation. It's not really because of the actual Pokemon, but rather the content of the games. Diamond, Pearl, Platinum have the PokeRadar (which I've used almost religiously before), Underground/Secret Bases, Pokemon Contests, and not to mention, the region Sinnoh and the music from the game are just beautiful! On the other side, Heart Gold, and Soul Silver are just brimming to the edge with nostalgic value. The memories of getting Soul Silver in spring gives me the urge to play through it when spring starts. I've never participated in the Pokeathelon yet, but it's something I still want to get around to. And even though I'm not to big on legendary Pokemon, My favorite legendary is Suicune.
Posted by FroggestSpirit at 9:10 AM 1 comment:

This is my first post, and first Blog. I will be mostly posting stuff about my hobbies (videogames, etc). I will also be using this to provide updates for videogames I make, so maybe there will be a demo link here and there. Currently, I'm about to RNG my Pokemon Soul Silver game, so the Trainer ID and the Secret ID match the ones in my Pokemon X game. This will  allow for something nice I hope...
Posted by FroggestSpirit at 9:14 AM No comments:

FroggestSpirit
Hello, I'm FroggestSpirit. I generally go by Frogg for short. I like to play videogames, and program. Generally, I'll be messing around in a game, glitching, or whatever. I enjoy spending time with my girlfriend, and playing videogames with her. I also now stream on twitch under the username PineRekko occasionally.